Glückstadt owes its picturesque atmosphere to its unique layout and historic townscape. Visitors can still see that the town was initially built as a fortress.

At the heart of the layout lies the beautiful cobbled marketplace. It features a large cast-iron candelabra built in 1869, under which the cisterns of the former marketplace well can still be found. The market provides its visitors with a stunning view of the surrounding houses. On the north side of the market you can see the magnificent red brick town hall initially built in 1642 in the style of the Dutch Renaissance. In 1872, it had to be torn down due to a faulty foundation and rebuilt with a replica of the original façade. On the east side of the marketplace there stands the town church built between 1618 and 1621. Built as the first protestant church after the reformation in Holstein, it is one of Glückstadt’s most significant buildings. Its most characteristic feature is the steeple showing not only the Danish crown and the monogram ‘C4’ of King Christian IV, but also the pagan goddess Fortuna – lightly dressed, which certainly is unique on top of a church. A variety of other buildings and façades from the 17th century round off the picture of the marketplace.

The market also provides visitors with a direct view into the carefully-planned 12 radial streets. Close by, to the south-west, runs the town’s canal that was initially designed and used as an inland port for the trading of goods. It was filled in 1956 but restored to its original state as an integral part of the town during the restoration of the historic town centre in 1987.

The northern axis of the town’s canal is dominated by a two-storied Traufenhaus (eaves house) with a hipped roof. It is one of the three remaining Renaissance palaces from the 17th century. Today, the Brockdorff Palais of 1631/1632 houses a museum for local history. The most impressive palace is the Wasmer Palais in Königstraße (King’s Street), built in 1644 and refurbished in baroque style in the early 18th century. For many years, it was the seat of both the local government and the High Court, where in 1807 Denmark declared war on England. The building has four rooms that are beautifully decorated with stuccoes, and the old fireplace hall ranks among the most important baroque rooms in all of Schleswig-Holstein, making the Wasmer Palais not only one of Glückstadt’s historically most significant buildings, but also making it significant in terms of art history. Fully restored inside out in 2011, it appears in its original condition of the 18th century. Today it houses the Music Academy and an adult education centre. Another noble palace from the time around 1630, the Palais “Quasi non possidentes’ (as if we were not the owners)”, is located at the harbour. The local art club Kunstverein Glückstadt uses the building to host changing exhibitions of contemporary art.

Along the street Am Hafen (harbour street) lies a variety of historically interesting buildings such as the old salt storehouse, the royal bridge building belonging to the former bridge crossing the harbour (which was torn down around 1900), the Wiebeke Kruse Tower, built by Christian IV for his mistress as well as other eaves and gable houses from the 17th and 18th centuries. Nowhere else in Northern Germany will you find such an abundance and variety of façades listed as historic monuments.

Another integral part of the former fortification of Glückstadt can be found to the Northwest: a small part of the old fortified dyke that is now also listed as a historic monument – together with the town’s moat.

You can see all these sites during a tour of the town. However, many historic buildings are now privately owned or used as public buildings, and therefore access may be restricted or even impossible.

All information on the historic town is based on a description by Hans-Reimer Möllers from 1994. 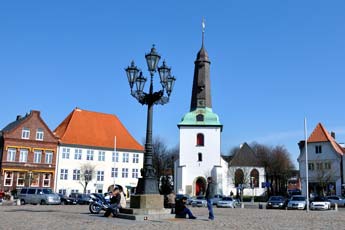 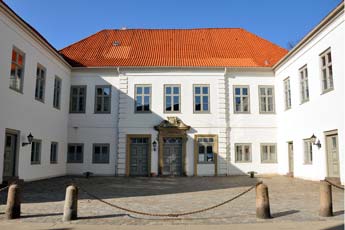 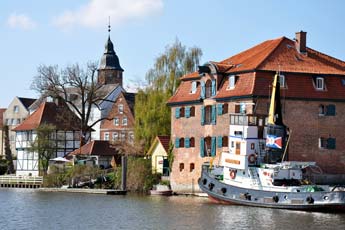 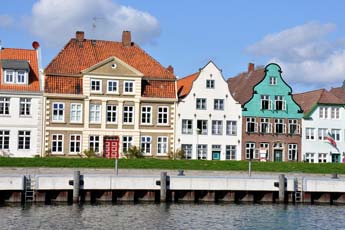 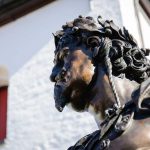 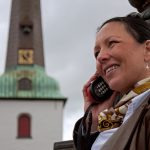