The name Docke, which is still the name for the area at the outer harbour, is a remnant of the time when the town was founded. Back then, Christian IV, King of Denmark had a dockyard built for the Danish fleet as part of the town’s foundation. As early as the 18th century, the harbour was hardly used anymore and later on was filled up. From 1900, the area at the outer harbour was used for about 100 years by timber merchant Gehlsen as its premises. After lying waste for several years, the area was and still is refurbished without losing any of its rough appeal.

Today, Glückstadt’s Fish Park offers lots of space for playing, skating or just relaxing on one of park’s hills to enjoy the surrounding view over the Elbe. As a reminder of the area’s role in whaling and herring fishing over the centuries, fish still plays a major role at the Docke park: in addition to playgrounds and a water fun park, families and children can explore an exciting nature trail that provides lots of information about the local fish species and the Elbe as their natural habitat. Another fascinating feature of the park is the Graffiti art on its ancient flood walls, implemented with astonishing attention to detail. 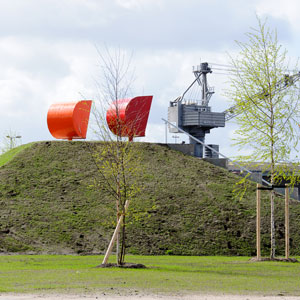 For more information about the Docke park and its future development, please refer to the park’s website: “Docke – Glückstadts Fischpark” 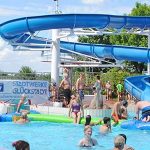